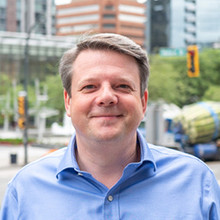 Anthony has been serving in one form of Christian ministry or another from the time he left high school in 1988. He came to faith in Christ at age 12 through a Christian Union group in his school in Northeast England and has worked in the roles of evangelist, non-profit director, preacher, professor, and pastor. Anthony has theological degrees from Oxford University and Regent College, where he taught applied theology part-time for 14 years. In addition to pastoral leadership, Anthony has also been involved in founding and leading several non-profit agencies helping to form missional churches and leaders in Canada, the UK, and the US. Anthony is married to Helen, a social worker and pastoral counsellor, and they have a son, Joshua, currently studying wildlife biology. 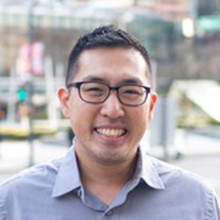 Justin was born in Seoul, South Korea. At the age of 5, he immigrated to , Paraguay and spent a significant part of his childhood there. During his teens, he moved to the States. Before transitioning to Vancouver, BC, Justin lived in the Washington DC region. He now makes his home in the West End with Anna and their three little ones. Justin and Anna are actively involved in the West End community through the Parent Advisory Council at the Lord Roberts School Annex. Justin is working towards completing his doctoral program at Gordon-Conwell Theological Seminary. 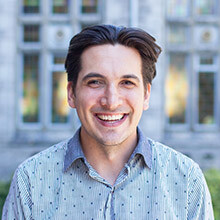 Before joining the team at First, Filipe served at West Point Grey Baptist Church as a Youth Ministry/Adult Education Intern. Previous to West Point Grey, he served as an Associate Pastor at Mount Horeb Baptist Church in Brazil for over 4 years. He graduated with a Master of Divinity from Regent College. In addition, Filipe has an MBA from Fundacao Getulio Vargas (Brazil) and a decade of experience in the business sector. Filipe is an avid soccer player and foodie. He and his wife, , have been married for 10 years and they recently welcomed their first child, Antonio. 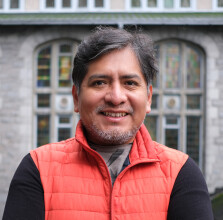 David was born and raised in Bolivia and immigrated to Canada in 1997. After finishing his degree in Communications at Simon Fraser University, David began his studies at Regent College, where he and Suzannah met. David received a Master of Divinity (2004) and a Master of Theology at Regent College (2009). He is currently pursuing a Ph.D. program at the Oxford Centre for Mission Studies. David and Suzannah got married in 2006. Since then, they have served with Canadian Baptist Ministries in Latin America in various positions, including youth ministry, community development, church mobilizing and, most recently, theological education at graduate and grassroots levels. David and Suzannah have three children: Sofia, Andrés, and Anna Laura. 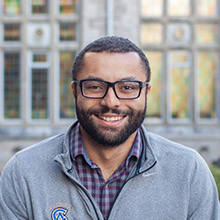 Director of Preteens and Youth Ministries

Daniel spent 15 years of his life in Southern Africa as his mother served as a missionary in Angola. Following his time in Angola, he lived in North Carolina—finishing high school and university as well as working with the youth in a local church. Daniel is a citizen of a number of countries— he is Canadian, American, and Angolan. Daniel studied Applied Theology at Regent College. When he isn’t working, you can find Daniel at a soccer field. He is happily married to Jenna. 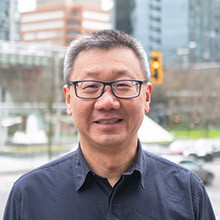 John was born in Hong Kong, immigrated to Canada at the age of 7, and was raised in Windsor, Ontario.  After graduating from Tyndale Seminary, John began his pastoral ministry as youth pastor in a CBOQ church in Scarborough.  The Lord led him and his family to Richmond in 1997 and since then, has called Vancouver home.  John is a life long student and has completed programs at Regent College, Gordon-Conwell, and most recently, Clinical Pastoral Education through Providence Health.  Some of his favourite things include: John Chrysostom, St. Basil, snowboarding, things with 2 wheels, Chinese green tea, and Tikka Masala.  John is married to Karmie and together, they have three children - Josiah, Hannah, and Noah. 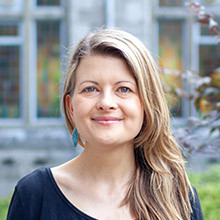 Minister of Discipleship and Community

Rebecca grew up in Ottawa and completed her undergrad at the University of Toronto. She has spent most of her career serving with Inter-Varsity Christian Fellowship both in Canada and abroad. Before coming to Vancouver she spent five years in France, in Nice and Paris, working with the Groupes Bibliques Universitaires (GBU), a ministry to university students.  She has completed an MA in Theological Studies at Regent College with a concentration in the History of Christianity.  Rebecca loves history, learning about different cultures, eating sushi and French cuisine, running, and discovering new coffee shops around the city. 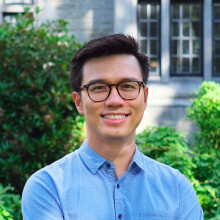 Joseph was born and raised in a loving Christian family and was baptized at Philadelphia Church Kuala Lumpur, Malaysia.  Joseph went into full-time ministry right after his postgraduate studies as he has always been sensing a deep call to serve the church, especially the next generation. He has spent over ten years serving in youth ministry. Currently, he is in his fourth year pursuing a Master of Divinity at Regent College. He is happily married to Angeline Teay (our Communications Design & Strategist) and they have been part of the FBC church community for 3 years.