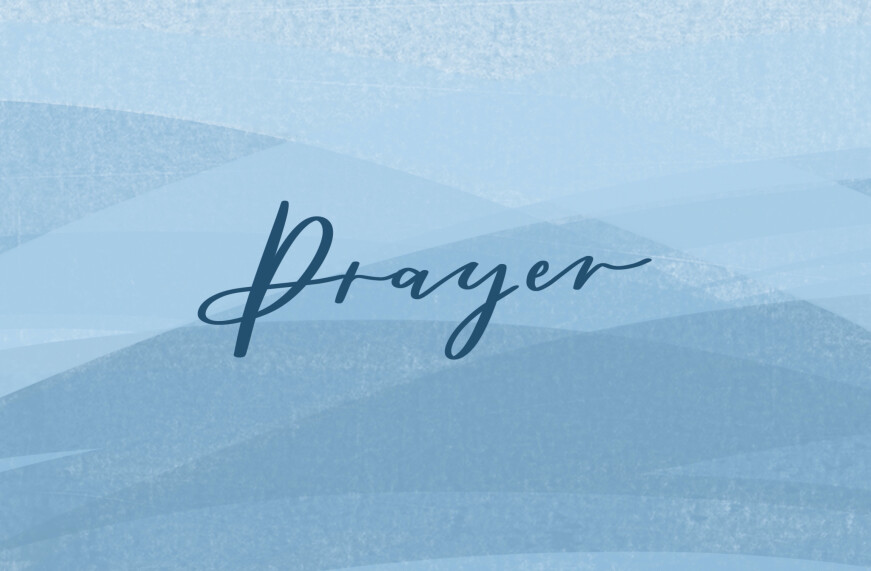 PRAYER FOR THE NEW YEAR

As I spent parts of my morning reflecting on Psalm 23, you came to mind as I read this prayer by Dallas Willard in his book "Life Without Lack: Living in the Fullness of Psalm 23." Trusting that it was a prompt from the Holy Spirit, in prayer, I'm sharing it with you.

Lord Jesus Christ,
We are so thankful to you that you have said,
"Fear not, little flock,
for it is your Father's good pleasure
to give you the kingdom."

We are thankful for the ease with which
you walked upon this earth,
the generosity and kindness
you showed to people,
the devotion with which you cared for those
who were out of the way and in trouble,
the extent to which you even
loved your enemies
and laid down your life for them.

We are so thankful to believe
that this is a life for us,
a life without lack, a life of sufficiency
of your Father
and the fullness of life that was
poured through you,
and we're so thankful that you have
promised that same love,
that same life, that same joy,
that same power for us.

Lord, slip up on us today.
Get past our defenses, our worries,
our concerns.
Gently open our souls, and speak
your Word into them.
We believe you want to do it,
and we wait for you to do it now.
In your name, amen.

May the peace of Christ be with you,
Justin Kim
Executive Minister

P.S. As I'm making the final edits to this First News update, I've been fielding strands of messages from my friends in the United States. I must confess that I'm heart-broken. Will you join me in praying for the peace of Christ? Please be sure to check below for the letter from Anthony.

I had planned to share a reflection on the pandemic this week, but, like me, you have no doubt been watching today’s extraordinary events in Washington DC. I can’t help but think, once again, that we have been studying the right book of the Bible these past months.

1 Samuel gives an account of Saul, a man chosen to rule his nation, but who fails in his responsibilities and who takes powers to himself that he is not meant to have. As a consequence, he is rejected as leader. However, he refuses to relinquish his position and chooses instead to do everything he can to retain his power.

He abandons the purpose of his office – to keep his citizens safe from the contagion of the Philistines – and instead he devotes himself and all of the resources of the state to his own interests, eventually raising an army in a vain attempt to remain in power.

As we have studied 1 Samuel together, many of us have been aware of these remarkable parallels.

First, the Bible is an extraordinary book! There is nothing in the whole scope of human experience to which it does not speak. 1 Samuel records events from 3000 years ago and they show us that human nature has not changed, and that our God understands and is sovereign over all of these things. This is as true in our day as it was in Saul’s.

Second, since we are those who know that God is in control – we know it because we can see His sovereignty in the ways in which He acted in the past – since we can be confident that God is in control, we must pray - calling on the Lord to do as He has done time and time again in human history, whether in pandemics or political upheavals, to work things together to bring good out of evil.

Friends, let us be in prayer for our southern neighbours – that the Sovereign God would make His will to be done on earth as in heaven.

Peace be with you.
Anthony Brown
Senior Minister