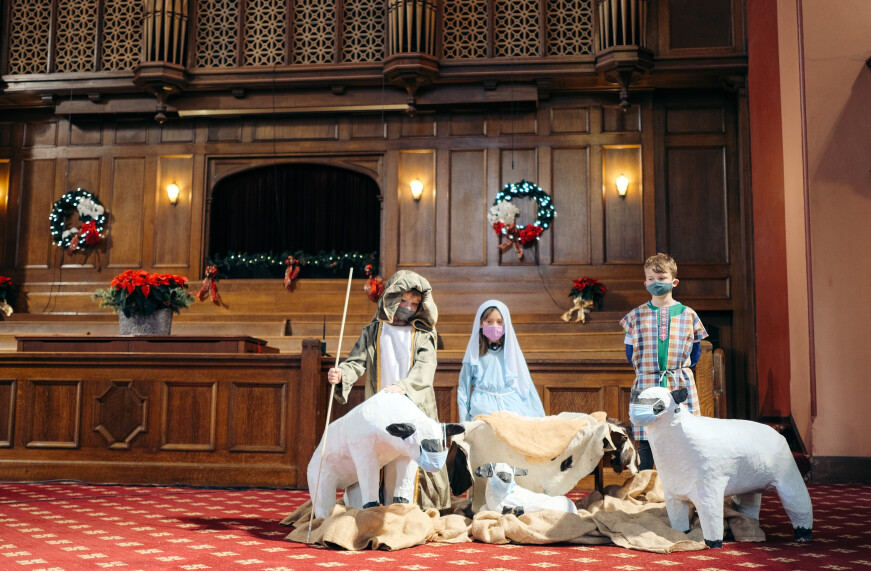 In those days Caesar Augustus issued a decree
that a census should be taken of the entire Roman world.
Luke 2:1

The Roman census called just before Jesus’ birth was an ominous event. Censuses were taken for one of only two purposes: either Caesar Augustus was going to raise soldiers for his armies, or he was going to raise taxes. Along with men from all over Palestine, Joseph was forced to return to his family’s town of origin, the town of Bethlehem, to register under the weight of these oppressive circumstances. Fear loomed over the entire Roman world, with no one exempt and everyone anxious about what was coming next.

Joseph had the further anxiety of family problems. Mary had been away staying with Elizabeth, but her return, several months pregnant, had provoked all sorts of misunderstandings, accusations and threats. Nevertheless, in faith, Joseph had taken her into his home. While it was not strictly necessary for Mary to accompany him, perhaps it was a relief for the couple to leave Nazareth and go together to Bethlehem; even worth travelling in Mary’s condition.

Once in Bethlehem, they were unable to find space in their relatives’ home. So, despite Mary’s condition, they were only offered space among the animals. No close family or friends were there to help with the birth. And yet, despite having no home and no work, the thought of returning to Nazareth must have been so bleak that they chose not to do so after Jesus’ birth.

When we look at nativity scenes and pictures on Christmas cards it’s all too easy to forget the true hardships faced by Mary and Joseph at the time of Jesus’ birth. The cozy scene we picture was, in reality, fraught with anxiety.

This Christmas, as we celebrate in smaller ways, with a different worldwide threat looming over us, I wonder whether we might take the opportunity to think about this scene again, and to recognize a little more deeply the faith that Mary and Joseph exercised in the midst of fear, and the sacrifices they were willing to make in order to be obedient to God on that first Christmas?

My prayer is that you will be able to put aside the sorrows and fears that so many will experience this unusual Christmas season and remember instead that however small and fragile and misunderstood the love of God may appear to be, the coming of Jesus will prove to be the ultimate antidote to all of the world’s ills.